In a biting cold wind and on a very heavy pitch the young Wharfedale second team produced a performance to warm the spirits of the travelling support. It was never going to be a free scoring try-fest but the grit, determination and skill shown in the trying conditions made this one of the Foresters’ best games of the season.

The Greens started with the strong, icy wind at their backs. The strength of the wind was demonstrated by two clearance kicks by Parkinson and the Gill, which took play from one end of the pitch to the other. Wharfedale dominated territory and possession but a combination of resolute Morley defence and frustrating errors kept the game scoreless as half-time approached. The best attacking moments had come from direct running lines, with Kitching, Lockett, Wells and scrum-half Lawn all prominent. Lawn seemed to have broken the deadlock only to be hauled down a metre short. It was the last play of the half which brought the opening score. Jack Johnson, who controlled matters well from fly-half throughout, broke from 60 metres out following a turnover and evaded the covering defence to score in the corner. 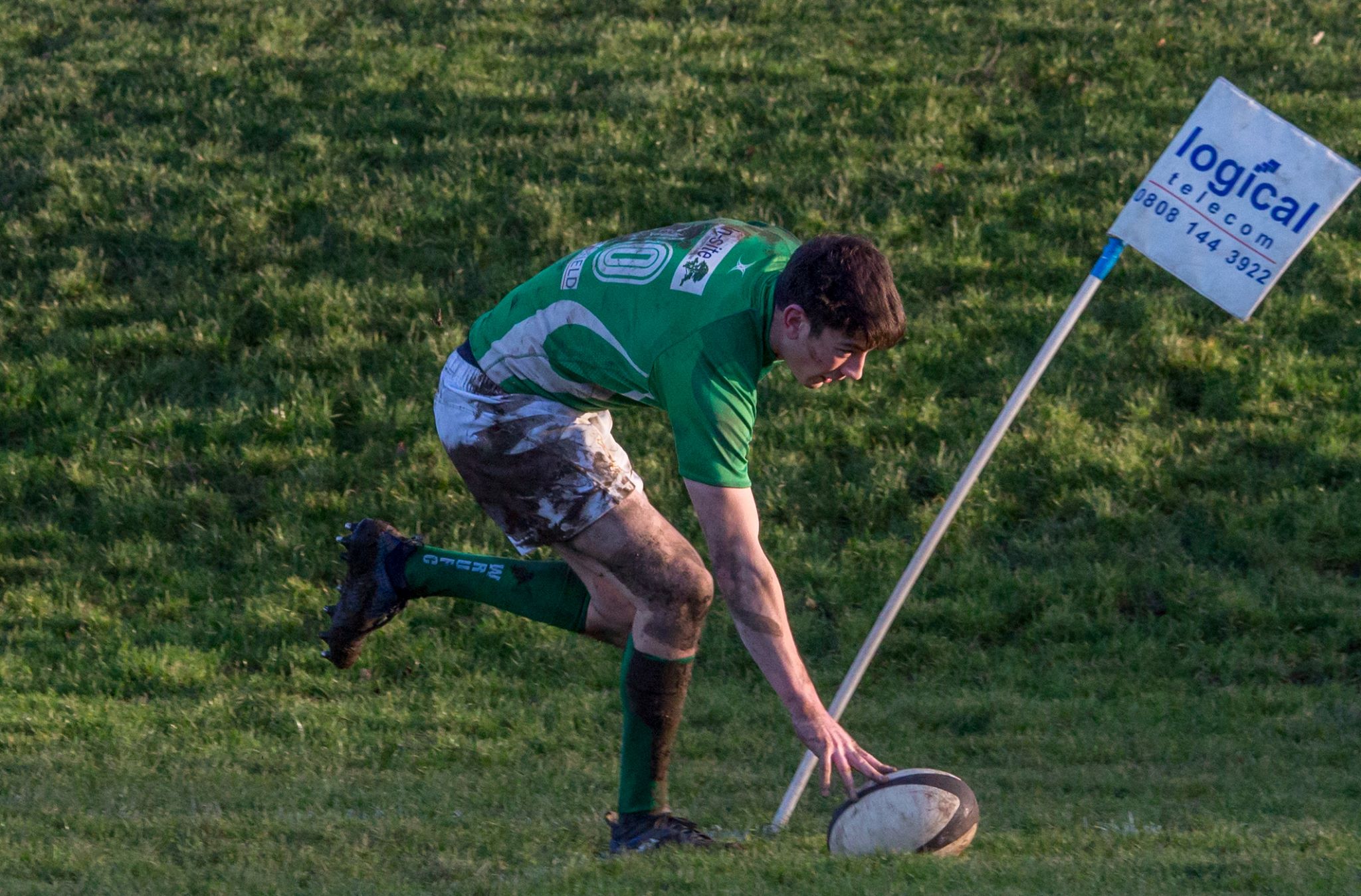 With the conversion missed, a 5-0 lead did not seem much given that Wharfedale now had to play into the elements. However, the Greens raised their game to new levels. On the rare occasions Morley found their way into the Wharfedale 22, the Foresters’ defence not only held firm but drove the home side back with every phase of possession. The pack was dominant all afternoon and the five front row used, props Huck, Wells and Hirst and hookers Jackson and Starkey, were excellent in the tight and loose, carrying well and aggressively halting the Morley attacks near the ruck. It was fitting therefore that one of their number, Hirst, was next to score. Wharfedale had started with the ball in their half and worked down field until a sharp break by Lawn, now at centre following Hancock’s introduction at the interval, took play close to the try line. Lawn again was caught inches short (he is already working on his sprint endurance) but the ball was quickly recycled to allow Hirst to crash over, bulldozing through the final tacklers.

Morley came back but could find no way through the Green defensive line. The final try was probably the pick. Skipper Parkinson and Prell ran the ball out from defence. Several good phases of play took play to around twenty yards out. Snowdon picked a great line to scythe through and there was no catching him as he went under the posts. The conversion had to be taken from behind the posts as Morley’s kindly neighbour will not give the ball back if it is kicked in their garden. At least it meant it was downwind.

The entire team deserves great credit for this win which can hopefully be carried forward for the rest of the season.
Team: –