With both teams having good defensive records and the conditions not at their best this was never going to be an entertaining game of fast open rugby. Chester came with a game plan and that plan suited the conditions.

Head coach Jan Van Deventer said after the game that “we had to show something different here at the Avenue. Play a more direct style of rugby and control the game.” This was epitomised in their first try when they scored on the 19th phase. He went on to say “We have struggled here in the past and needed to start well and silence the crowd. Getting a bonus point victory here was a phenomenal result” With Hull losing at home to Sedgley Park Chester are now only one point off top spot in National 2 North.

Deventer also praised his half backs who, especially in the first half, controlled the game. He thought that Star Man, Josh Woods, was “in a different class”.

Chester won the game by playing a physical game of rugby and by showing patience when they had possession. As Wharfedale’s Head Coach, Jon Feeley, commented “the game came down to two basics. Tackling and handling. Chester made all their tackles, we didn’t; we made many handling errors, Chester didn’t”.

The visitors did start the better and with Dale spilling the ball in attack they gradually started to dominate possession and territory. Shay Owen broke through the Wharfedale defence to open the scoring and James Robins added the conversion

The second try came from a 5-metre line out. A successful catch and drive led to Josh Woods touching down. Robins again slotted the extras.

The third try came from another Wharfedale error. The ball was skilfully and quickly moved left and Chester’s centre, Tom Foden, scored. The conversion, wide out to the left, was missed but Chester now had a strong 19-point lead.

Dale finished the first half strongly and the penalty count mounted against Chester. Dale threw the effort away when they had an attacking 5 metre scrum. They seemed to win the ball but then kicked it back to Chester!

The crowd at the Avenue were hoping that half time would see a rejuvenated Green Machine. They were playing with the wind and the slope in their favour.

Their trust was rewarded with a strong start and with a penalty advantage being played Oli Cicognini went over for a try. Jack Blakeney-Edwards missed the conversion but Dale were on the scoreboard. 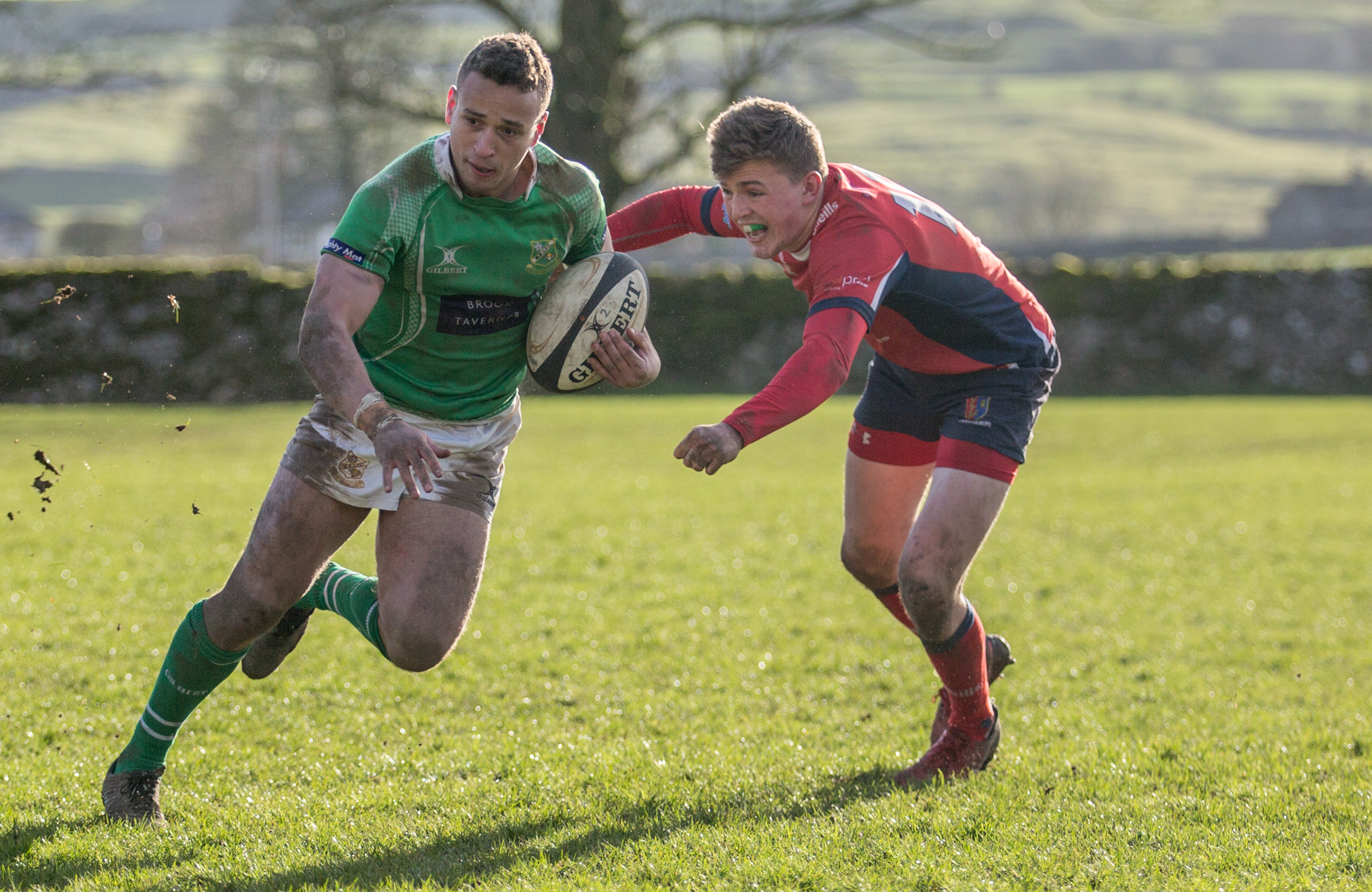 Four minutes later those hopes were dashed when Chester re-established the gap. This period summed up the afternoon for Wharfedale. The restart was claimed by Dale’s Chris Walker and he charged out of the 22. The ball was then turned over by Chester who soon won a penalty. From the attacking line out the catch and drive was followed by four phases and then a bonus point try for Owen, his second of the match. The conversion was held up in the wind.