Dale won their second away game of this campaign on a wet day in the Midlands. Both sides tried to play open rugby in poor conditions and, at last, Wharfedale won the battle at the end of the game.

South Leicester started strongly and after 5 minutes their pressure was rewarded with an unconverted try from No 8, Joseph Collingham. Ben Palmer added a penalty to extend their lead.

Dale then had a better period and started going through the phases. A good break by Jack Blakeney-Edwards was supported and an off load from Josh Burridge allowed James Tyson room to squeeze over in the corner. Blakeney-Edwards just missed the conversion but added a penalty minutes later to level the scores at 8 all. A penalty each kept the match tied at half time. 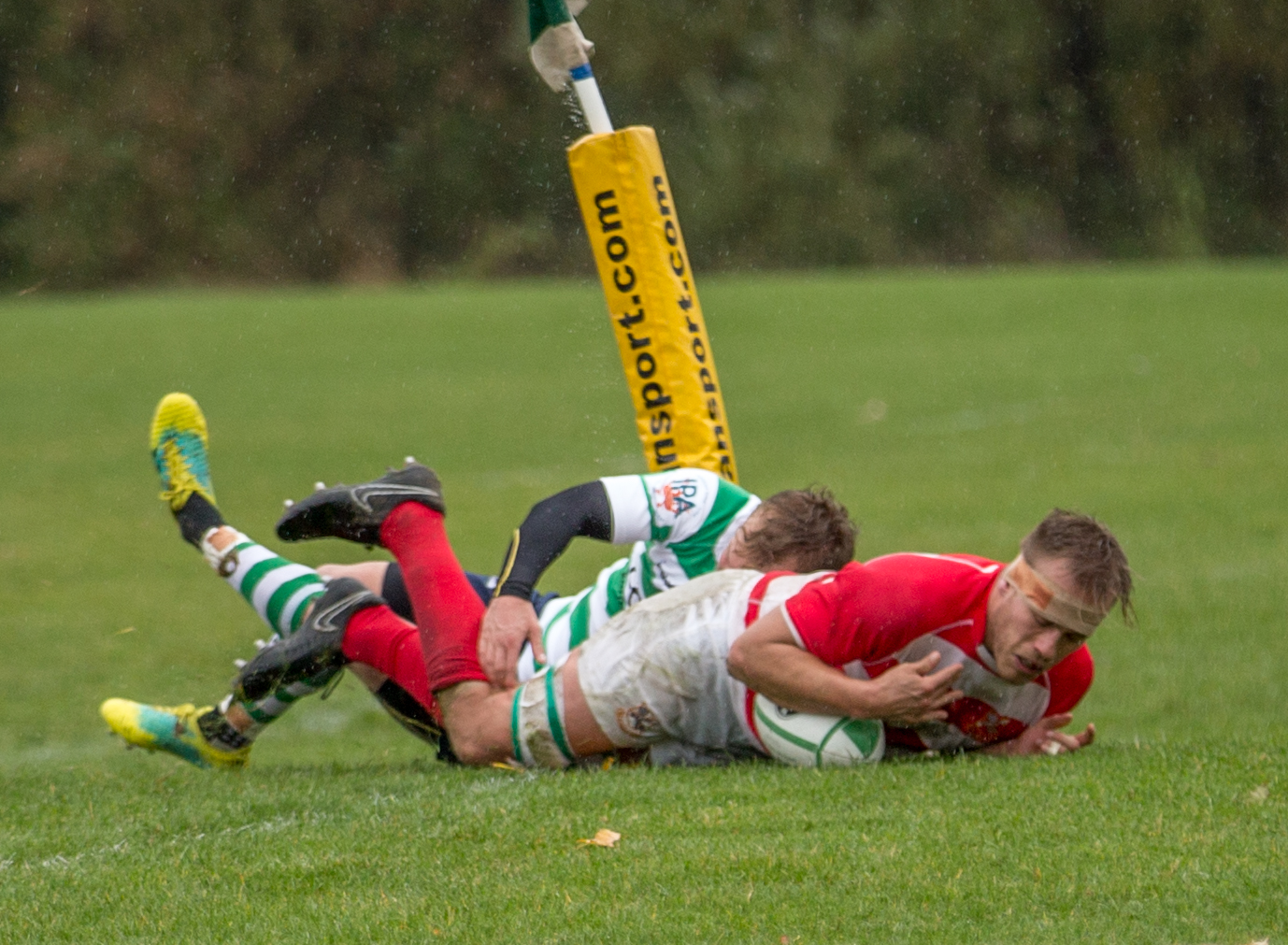 Seven minutes into the second half another scintillating break from Blakeney-Edwards saw South give up a penalty under their posts and Dale’s stand off made no mistake from the tee to take Dale into the lead. Palmer responded with another three points before the home side retook the lead with another forward drive for an unconverted try from Wesley Cope.

This could have been another tale of an away trip where Dale were competing throughout the game but ran out the losers.

With the pack gradually gaining the upper hand and five minutes to go the Green Machine (playing in the red away strip) had a five metre scrum and the players were urged on and had the will and the energy to drive the ball forward and Josh Burridge scored a vital try. The conversion just drifted wide to leave the scores level at 19-19.

The stats will show how much better this season is already and this team has now shown that they can also win on the road. They can win a game that turned into a well fought battle of attrition. They can win a game that has demanded full concentration until the final whistle. As one hardened supporter said “it is great to come away on a cold and wet miserable day but to travel back up the M1 with a warm glow in your heart”.