After five successive wins Wharfedale travelled down the M1 hoping for another victory. The result was hardly ever in doubt. Unfortunately for the travelling faithful it was the home side that dominated for most of the game. The Lions gave Dale a real mauling and were very good value for the big win.

Dale were outscored by 7 tries to 2. Even when Lions suffered two consecutive yellow cards in the second half, they still outscored Dale by two tries to one. It was one of those days. Nearly everything that the home side tried came off, whereas Dale never reached the fluency and control shown in the last few weeks.

The day started badly for Dale when skipper, Richard Rhodes, was helped off the pitch after suffering a dislocated shoulder. A minute later Edward Sumpter was the first to react to a loose ball and scored for Lions, Harry Key converting the conversion. The only successful kick of the afternoon.

Wharfedale did try to compete for the next 15 minutes but mistakes, especially in the line out, saw them squander field position.

The Lions eventually worked their way back into Dale’s 22. A clever chip over the defence saw Phil Woodhead forced back over his try line and a five-metre scrum to Leicester. With the Dale scrum being pushed back, scrum half, Alex Smit, dived over to touch down. 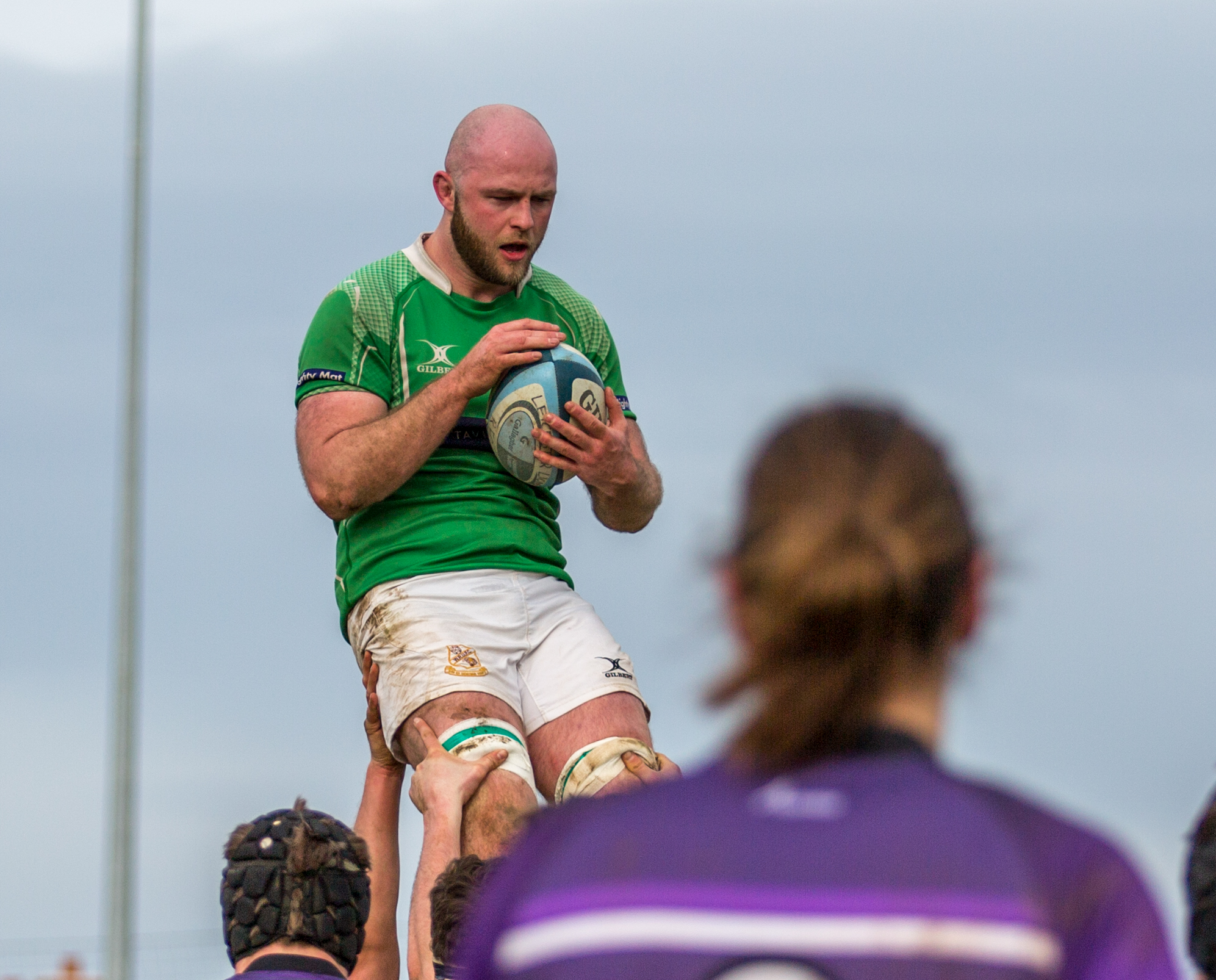 Again, Dale tried to get back into the game and had an attacking line-out in the Lions 22. The line out was lost and the home side gained the upper hand again. Samuel Benjamin shrugged off a couple of tackles to cross to make the score 17-0 just before half time.

The last minutes of the first half had Dale on the attack. From a line-out on half way they went through 8 good phases before being awarded a penalty. The ball was nudged into the Lion’s 22. After a good catch and drive and five successful phases Dale were awarded another penalty. Skipper, George Hedgley, made a good decision to run the ball. However, the ball was knocked on and so the first half ended.

Dale started to play to a higher standard at the start of the second half. A superb Ralph Wellock run was only stopped by a high tackle close to the line. The referee only awarded a penalty. An efficient catch and drive from the ensuing line-out led to Josh Burridge scoring.

Wharfedale were now beginning to play with some sense of urgency and commitment. They applied pressure and this led to a yellow card, on 48 minutes, for the Lions No. 6, Ethan Godefrey. Surely the Green Machine would now really get back into the game?

A forward pass led to a scrum for the Lions in their own 22. A kick was fired deep into Dale’s 22. Phil Woodhead fielded the ball and tried to set up a counter but the ball was knocked on and the Lions had an attacking scrum in Dale’s 22.

The home side won the scrum, spun the ball right and Alex Wilcockson broke through the defence to score.

Dale closed the gap to 12 points with a Ralph Wellock try. This was the result of another period when Dale got their act together and played good rugby. Lions had another player, centre Harry Key, sin binned and were down to 13 men for two minutes.

Devon Constant, ever a thorn in Dale’s side, then helped to contribute to a miserable afternoon for the Greens. He rose majestically to claim the restart and 8 phases later a clever offload put Wilcockson over for his second.

Devon Constant then helped himself to a brace. He beat the defence to a grubber kick for his first and then with Dale trying to run from their own line he grabbed the ball to cross the whitewash for his second.