A scoreline that belied a close game of rugby which Wharfedale only really dominated in the last 15 minutes when they scored a penalty and ran in three converted tries. When South Leicester scored their third try to level the score in the 60th minute the Avenue went quiet and there was a palpable nervous tension amongst the faithful. Thankfully they soon found their voice and roared the Greens on to a vital 5-point win.

If the game was won in the last quarter it was due to Dale’s determination not to buckle under pressure and keep the tackle count high that allowed them to be in a position to win it. This was not a game for the faint hearted. The visitors knew their season was on the line and showed great spirit. Their heads may have been hung low at the final whistle but they should not give up their fight for survival in National League 2.

The visitors started strongly and soon had a man advantage when Matty Houghton was yellow carded in the fourth minute. They took full advantage. South Leicester opened the scoring a minute later with an unconverted try from William Cave. They increased the lead when Javiah Pohe touched down 5 minutes later. Dan Glasse added the extras. In between they could have had another score when they ran the ball from their own 22. Desperate cover tackling from Oli Cicognini and Ralph Wellock stopped them from scoring.

Dale gradually got back into the game and a yellow card for South’s Isaac McNulty after 18 minutes gave them a one-man advantage.

Dale levelled the score with tries from Sam Gaudie and Harry Bullough, Jack Blakeney-Edwards converting the second one. Sam Gaudie scored after he and Blakeney-Edwards had combined to get close to the line. Three phases later he battered over himself from close range. Bullough’s try was vintage Wharfedale. Having turned the ball over on their own line the ball was spun to the left and Oli Cicognini ran the ball out of Dale’s 22. On his shoulder was Louis Brown who looked to be set free but was tap tackled and the attack could have petered out. Brown offloaded to Bullough who easily beat the cover to touch down.

The period up till half time was then a battle for territory and possession with neither side able to gain the upper hand. South did take the lead before half time with a Glasse penalty.

Blakeney-Edwards again levelled the scores with a penalty after three minutes of the second half before an unconverted try from Sam Gaudie took Dale into the lead. Gaudie’s try was a result of immense pressure from the pack and Gaudie scored one of the easiest tries in his career with a totally open blind side.

Back came the Leicester side with an unconverted try from Timo Koster which again tied the score at 20 all. They had camped in Dale’s 22 for a while and a yellow card for Will Edwards again gave the visitors the extra man. The try was just rewards for their efforts.

Then Wharfedale cut loose. Blakeney-Edwards landed a penalty to start the late burst on 68 minutes. Louis Brown finished off a sweeping move by the backs three minutes later. Joe Metcalfe charged through midfield to score and Oli Cicognini added Dale’s 6th try of the afternoon. Blakeney-Edwards converted all three to give Dale a large victory margin.

The first of the three was started in midfield with pressure from Richard Rhodes who forced a turn-over. Blakeney-Edwards broke free and was supported by Gaudie who gave Brown the scoring pass.

Joe Metcalfe scored his first try for Dale on his first full game and this also clinched the Man of the Match award. He was passed the ball on half-way and had the strength to shrug off tacklers and then the speed to reach the line. Cico’s try was pure genius; he stood up the defence and then ran past them to raise a loud cheer from the faithful. 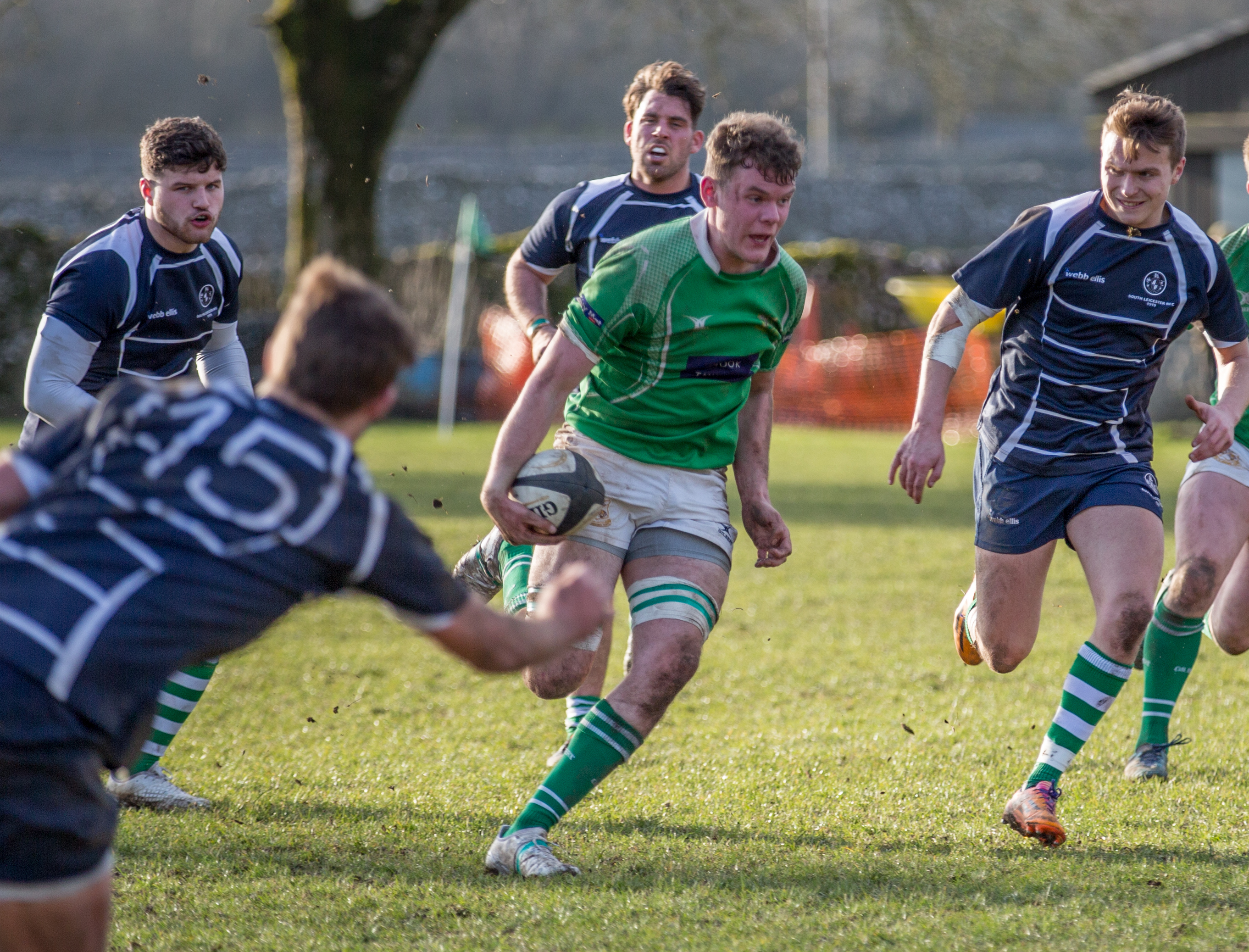 The game could have gone either way until the last 15 minutes and hats off to South Leicester for their part in a very entertaining match.