On a wet day on the Lancashire coast Wharfedale fell at the last fence to lose to Fylde. The Fylde chairman was gracious enough to apologize for sneaking the win after a strong second half performance by Dale. Hats off to Fylde who had the better of the first half and a more profitable kicking game. Greg Smith managed the conditions very well, kicking the ball long in to touch with the wind in the first half and then putting the ball behind the Dale defence in the second with a variety of well-directed kicks.

Wharfedale started the match playing strong rugby and kept Fylde in their own half. Fylde did attempt to run the ball out of defence but a knock on gave Dale an attacking platform. Jack Blakeney-Edwards cut through the defence and Rhys Lovegrove was on hand to receive the scoring pass and touch down under the posts. Blakeney-Edwards added the two points.

Fylde were then more consistent in their play and had the better chances to score. Firstly, when Dale lost control of the ball after a line out, the ball was hacked forward and Fylde chased after the ball. The Green defence managed to get back in time but it took a discussion between the officials to decide that the Fylde player had nudged the ball forward before touching down. Minutes later a kick downfield was run back by the quick Fylde backs. The scoring pass went forward and again Dale escaped. On both occasion the defence did enough not to make it easy for Fylde.

The Green line held until Fylde had a 5 metre line-out. A successful catch and drive followed with Ben Vernon being awarded the score. Smith added the conversion.

The Dale eight were again in dominant form and soon after the restart won a penalty on a Fylde put-in. Blakeney-Edwards took the three points on offer to close the gap. Fylde added a penalty just before half time to lead 17-10 at oranges.

Wharfedale had the better of the second half but did not get on the scoreboard until the 78th minute. After a long period camped on the Fylde line, Ben Sowrey crashed over. Blakeney-Edwards’ conversion levelled the score with two minutes to go. 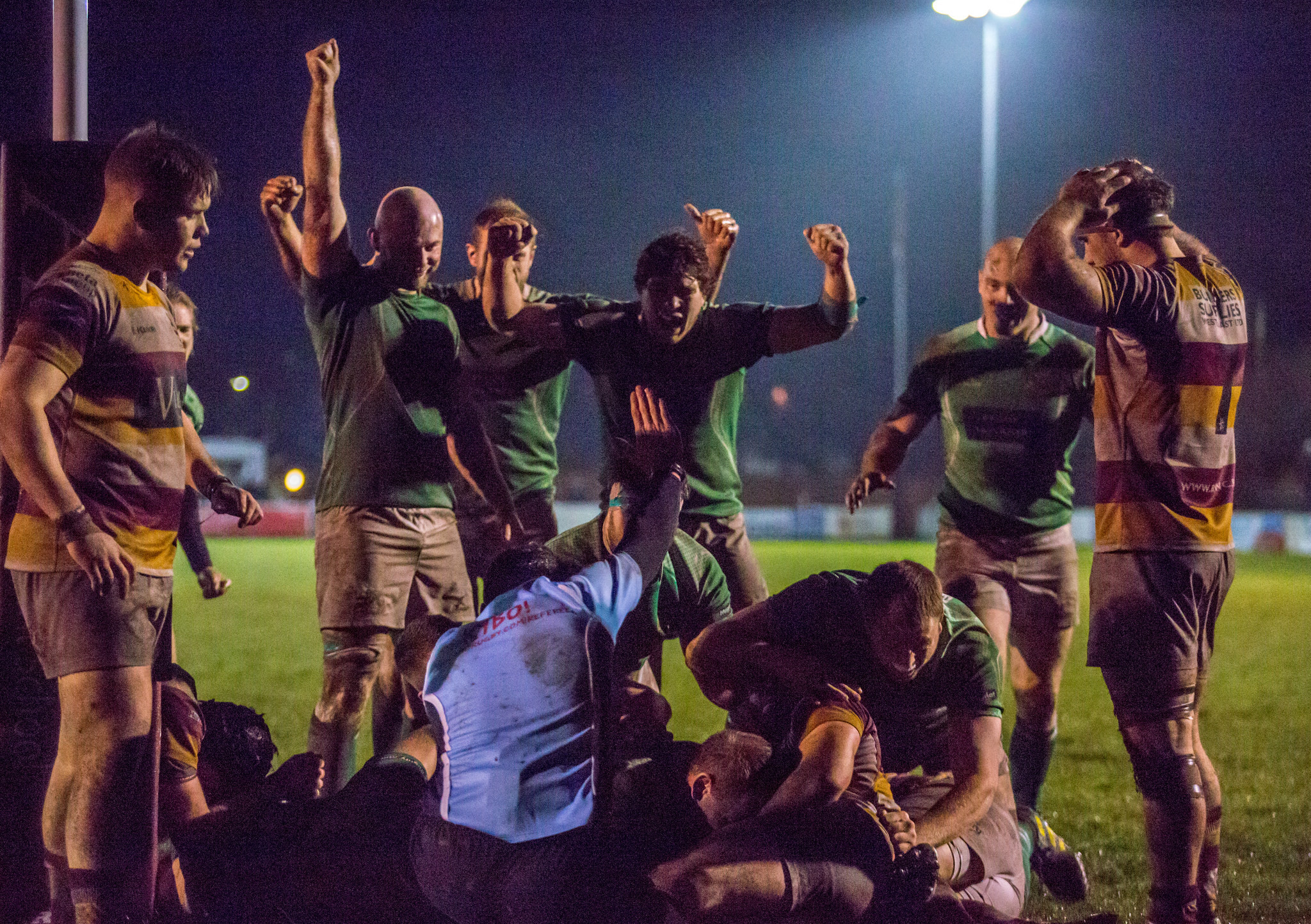 Dale gathered the restart and worked their way out of defence. With the game heading for an honourable draw Dale were pinged on their 10 metre line and Fylde had a last gasp penalty attempt. Up stepped their Man of the Match, Greg Smith, to land the kick and grab the victory. The strong breeze that had helped Fylde in the first half had dissipated and Smith’s shot crept over the bar just before he was mobbed by his team in celebration.

There were glimpses of what Wharfedale are capable of in this match. There is obviously room for improvement; this team is capable of winning every time they take to the field. The pack is a fantastic weapon and have dominated all opposition eights (with the exception of Stourbridge and Hinckley when parity occurred). The ball was the proverbial bar of soap and made it difficult for the backs on both sides to be too expansive. The great improvement in the backs is the defence. Barely a tackle was missed. The Fylde try came from a good bit of skill from their stand off and he should be praised rather than the Dale defence criticised. It was almost a carbon copy of what Jack Blakeney-Edwards had done a few minutes earlier to set up Lovegrove for a try. Two moments of brilliance on a dark and wet afternoon.

Fylde gave a box of beer to Josh Burridge as their choice player on the Wharfedale side. Josh gave another wholehearted shift at No. 8. Centre, Ben Blackwell, ran him close with another strong performance. The bus home was a quiet affair; not because the players were subdued but because there was not many of them. After the match the majority of the players wore multi-coloured shirts and prepared for a night out in Blackpool. The best (or worst; depending on your standpoint) shirt competition was won by Phil Woodhead with very bright blueish silk number!